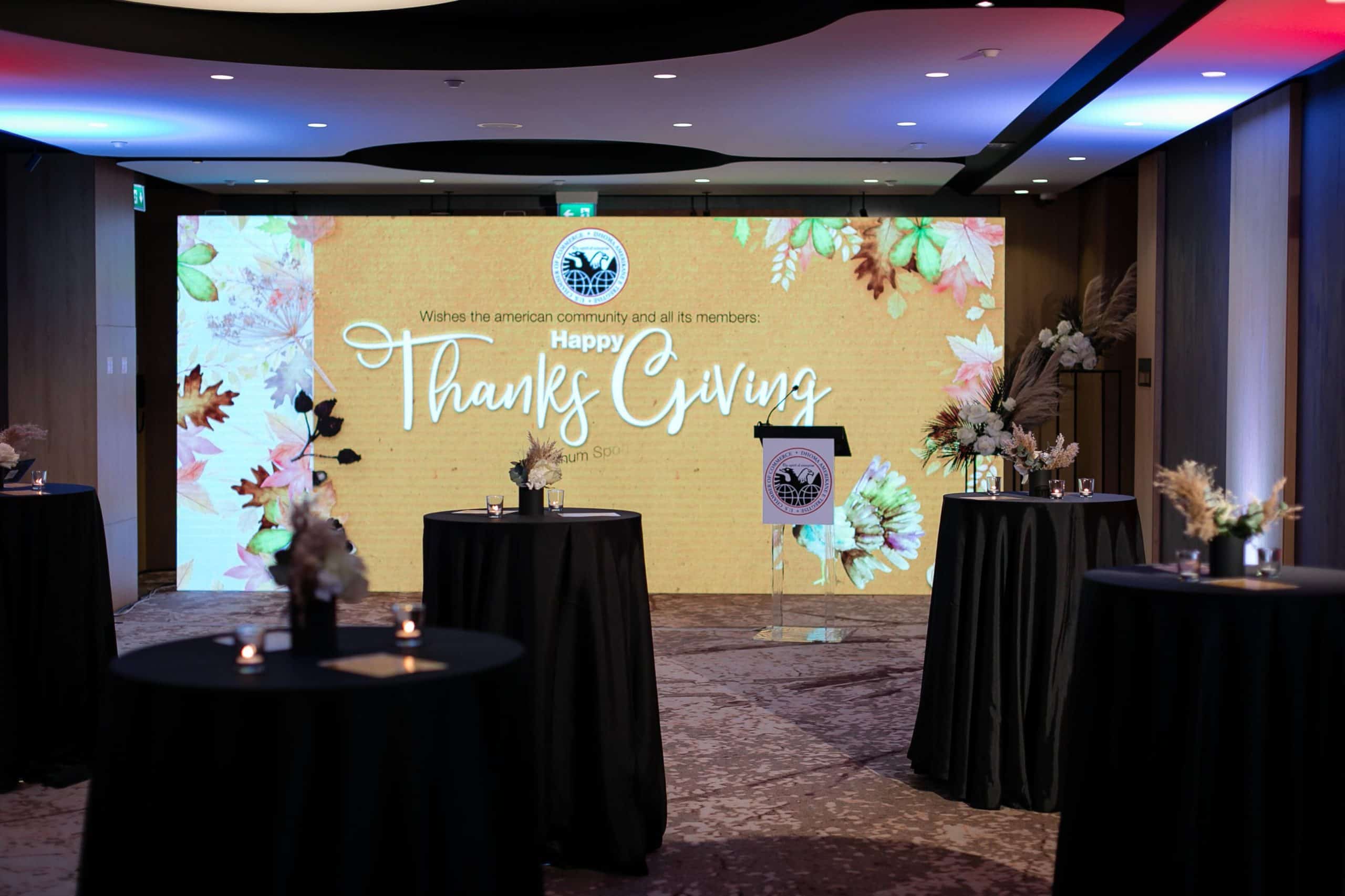 It’s time for Thanksgiving, and the American Chamber of Commerce in Albania has once again marked the holiday with a celebratory event aiming to bring a spirit of gratitude and thanksgiving to Albanian culture.

AmCham Albania President Enio Jaço told Albanian and American members invited to the event that they had come together to honor great human values. “The way they celebrated Thanksgiving in America was special to me and helped me understand how this family-friendly, warm and spiritual holiday is a natural celebration in America. When I came to Albania, I realized that the best place to celebrate Thanksgiving is the American Chamber of Commerce. That’s because AmCham  celebrates it like a real family – the community that makes up the Chamber is a family,” Mr. Jaço said.

On behalf of this large family, Mr. Jaço thanked the 27 new members who joined AmCham this year, adding more value ​​to the community.

“Today, I want to thank in particular the 27 new members of this community who joined AmCham this year, and this is very significant to us because it makes up 10 percent of our total membership,” President Jaço said.

American tech giants like Oracle and local companies like Vatra were among the new members Mr. Jaço mentioned in his remarks on the benefits new members bring.

Gerton Beja, Director of Vatra Company – which also served as Platinum Sponsor for the event – said he was very enthusiastic about joining AmCham and the benefits that come with membership, including things like the spirit of Thanksgiving as a new cultural element being promoted in the Albanian community.

The AmCham organized Thanksgiving event was attended by about 20 members and friends of the Chamber who also used the event to strengthen their network. As with any family holiday, there was no shortage of children having fun in the company of animators and theatrical performances.