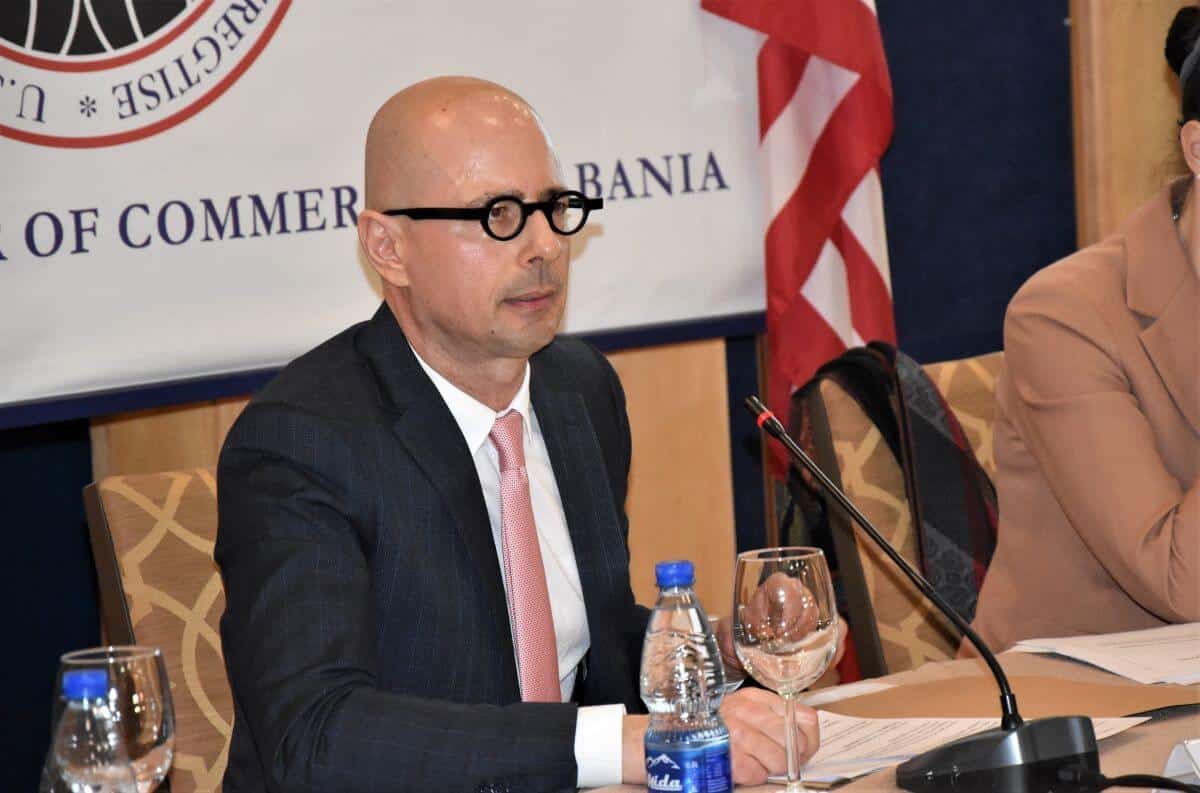 Frequent direct contact between businesses and tax officials in the field is not something the tax administration wants to see, and, as a result, it has decided to make some changes in its audit methodology, using a risk-based analysis to lower the number of field visits and conduct model audits from the tax offices. General Director of Taxes Delina Ibrahimaj provided this information in response to complaints by the American Chamber of Commerce in Albania, whose members have noted that during tax audits inspectors ask for documents, statements and summaries that are already in the tax administration’s information system.

Welcoming the opportunity to meet the country’s top tax official, AmCham President Enio Jaco said he believes that holding roundtable meetings with the tax administration is the best form of dialogue, but he added that the Chamber hopes to see concrete results from this cooperation in the current one-year period. Mr. Jaco pointed out that businesses continue to complain about authorities not respecting the public consultation periods, which is something that hurts Albania’s business climate. Frequent changes to laws are of concern not only to local businesses but also foreign investors. Development policies must be coherent and in line with those of the region in order to promote investments in Albania. All of this takes on an even greater importance in the context of the expected opening of membership negotiations with the European Union and commitments Albania must respect as it prepares to join the larger European family.

Ms. Ibrahimaj agreed with most of the concerns raised by AmCham representatives and explained that the tax administration’s self-compliance plan aims to guide businesses toward self-disclosure by not only simplifying tax filing procedures but also focusing on implementing long-term policies and fiscal sustainability.

“We have the 2017-2021 Strategic Plan and over the course of 2020 we will develop a five-year mid-term strategy that aims to meet the demands of the business community and foreign investments through a long-term and unchanging fiscal tax policy. In the meantime, on priorities of the operational plan, we will focus on the sector plans related to construction, fuel, bars and restaurants — as well as a sector plan for the under-declaration of salaries,” Ms. Ibrahimaj said.

AmCham representatives had a long list of issues to discuss at the meeting with the head of taxes. In her remarks, Alketa Uruci, who heads AmCham’s Tax and Customs Committee, stated that new approaches have been observed — interpretations based on the same legal provisions applied earlier, but which now have new tax effects in the way transactions are handled. For example, there is the non-recognition of VAT credit for ongoing services when the invoice is issued at the end of the month. That sort of approach brings about a lack of predictability for businesses in terms of foreseeing how the tax administration will operate in the future, according the Ms. Uruci.

Many of the misconceptions stem from the fact that the Income Tax Law is outdated and does not apply to many cases/approaches resulting from the application of international accounting standards.

According to Ms. Uruci, the Tax Appeals Directorate and the Tax Appeals Commission do not play the role they should have in setting standards in dealing with issues in a coherent and legal manner, so that the authorities’ decision-making is not affected by the need of the state budget to raise more funds.

VAT reimbursements were again raised as an issue at the meeting. This has been a topic that has always been part of AmCham’s discussion with the General Directorate of Taxes. Although the work of the tax administration has seen improvements on this issue, VAT refunds remain an issue that worries AmCham members due to delayed refunds. According to information provided by members, delays in refunds are caused by delays in conducting tax audits as well as delays in disbursing the refund amount.