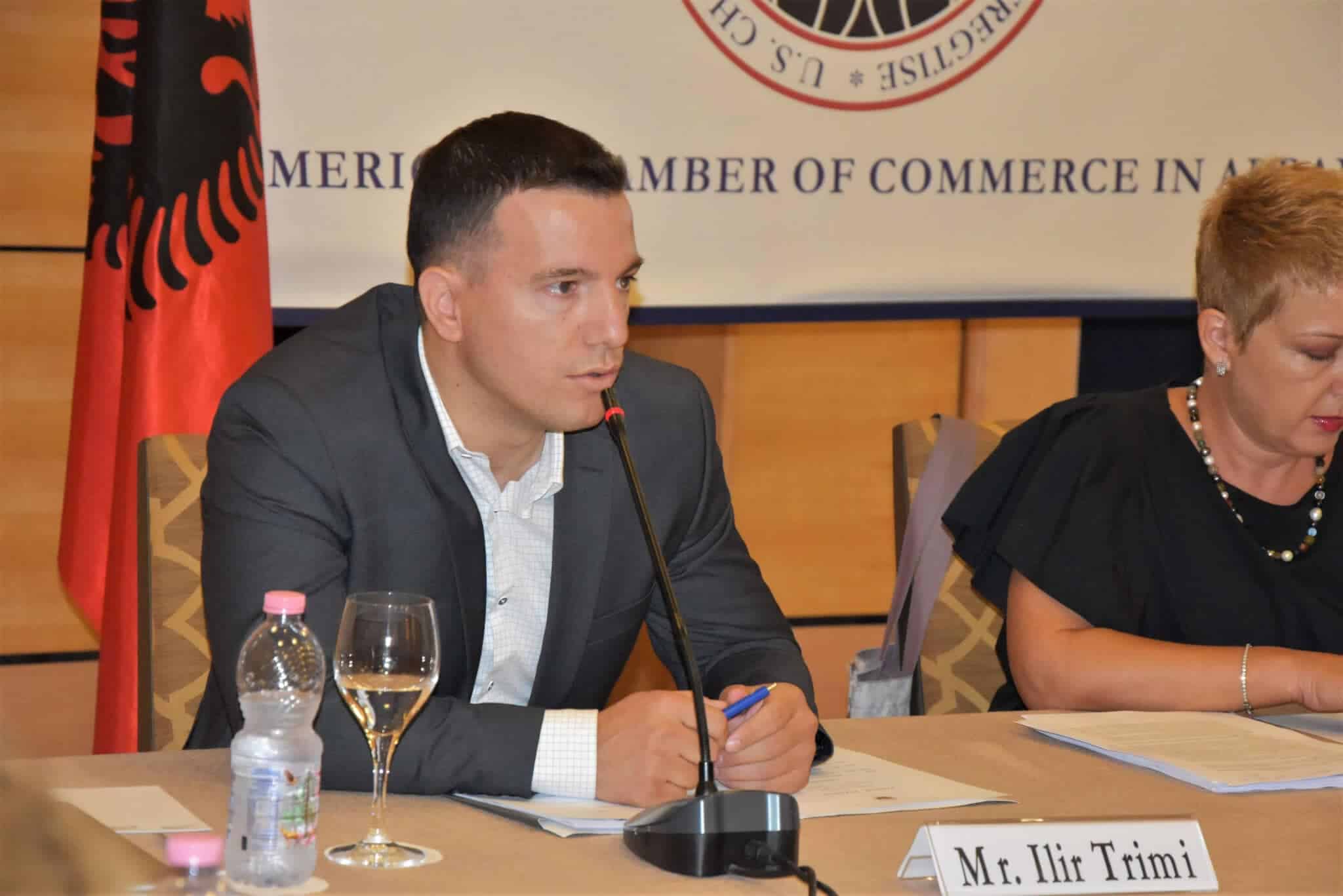 The American Chamber of Commerce has organized a round table meeting with the Deputy Minister of Finance, Mr. Elton Haxhi and the General Director of Taxes Ms. Delina Ibrahimaj on the draft law “On the electronic invoice and fiscalization”. Members’ high interest in obtaining detailed information has reflected on the many questions that have been asked about the timing and the costs related to the implementation of the law as well as other potential technical challenges.

AmCham Executive Director, Mr. Ilir Trimi has mentioned the fact that the Chamber has followed with great interest the entire process of public hearing on the part of the Government and has been an active part of it by sharing AmCham members’ questions and concerns with the Ministry. Part of the comments include the fact that e-invoices in European countries have become mandatory initially for business relationships with governments (B2G), after which, countries have chosen to voluntarily apply the electronic invoices for business relations (B2B) and as a last step, cash receipts (B2C).

“We think this is the best way to implement it in Albania as well and the (B2G) first approach can be used as a pilot program in order to identify potential problems,” said Mr. Trimi.

Ms. Alketa Uruçi, Chairwoman of the Tax and Customs Committee, expressed her appreciation related to any legislative initiatives aimed at reducing informality in the economy and improving revenue collection but also listed some concerns AmCham members have had regarding the draft-law.

Implementation costs are not clearly explained in the law and it is not possible to calculate the costs the business community will have to meet the requirements of this system. Fiscal devices are currently in use for which it is not clear whether or not they are compatible with the new system. In this regard, Mr. Haxhi explained that the small businesses will benefit from free software that will enable registration and will not have to bear any costs. The discussion has been very strong on whether electronic invoices can be implemented as of January 1, 2020 for B2C but Mr.Haxhi has clarified that it is mandatory to start implementation in this category due to the level of fiscalization. Cash payments were also discussed at the meeting. Chairwoman Uruçi raised the issue of the lack of banks in parts of Albania’s territory and also lack of internet services in about 8 percent of the country, which makes it practically impossible to apply these articles.

“The fiscalization campaign tends to increase the taxable amount but it is not intended to increase revenue as we have other forms of risk control to generate revenue,” said Ms. Delina Ibrahimaj during the meeting. According to Ms. Ibrahimaj,  over 70 percent total tax collected originates from  large businesses and it is precisely this category that will be the monitoring focus of the government.