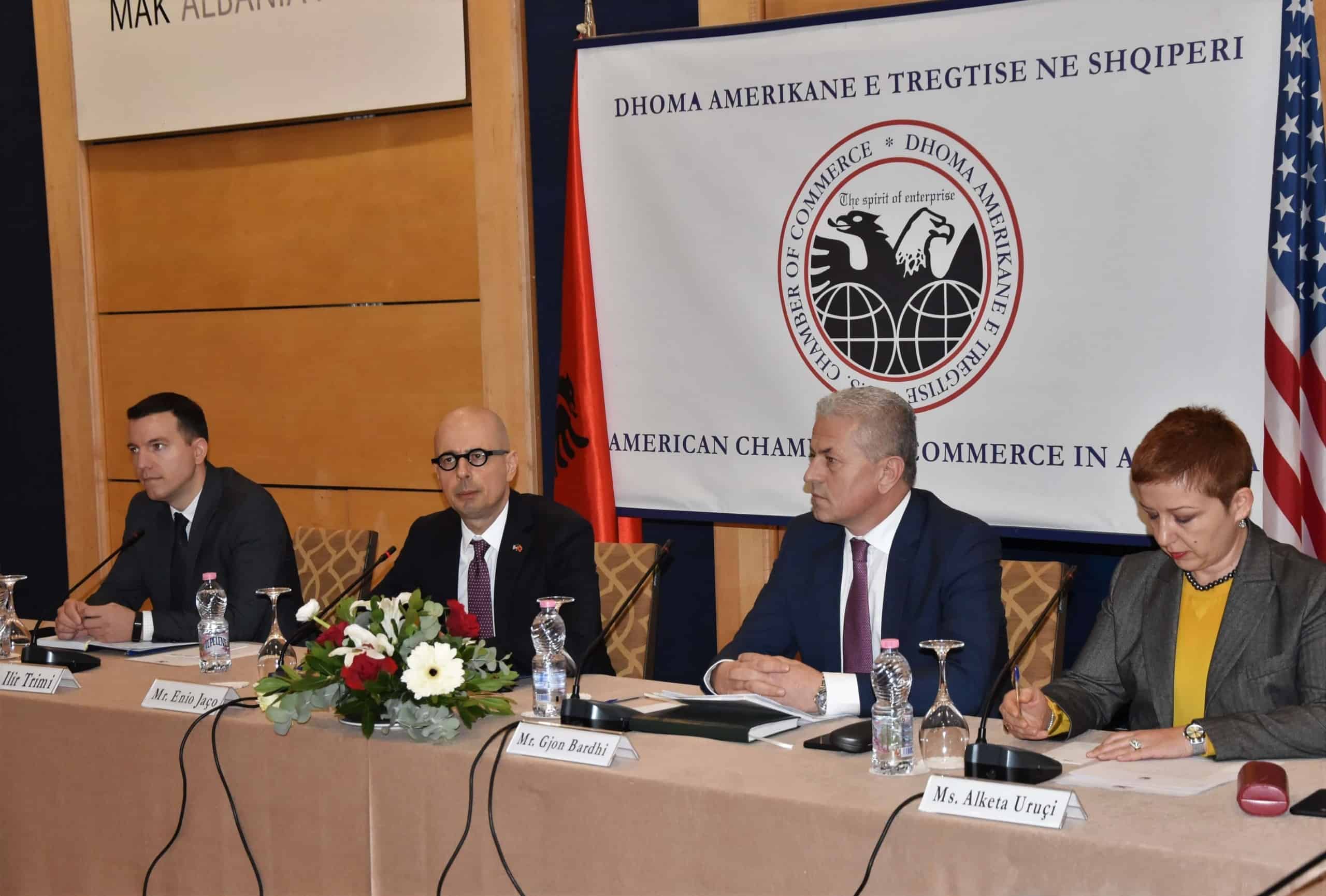 The American Chamber of Commerce in Albania organized its annual meeting with the General Directorate of Customs.

In his remarks, AmCham President Mr. Enio Jaço expressed his appreciation about the annual meeting with customs as an annual tradition that helps develop constant dialogue between the institution and AmCham members. However, “regardless of frequent meetings, there are recurring issues that have not be resolved over the years. That’s the case with customs reference prices,” Jaço said at the Business Forum with the customs officials.

Customs General Director Mr. Gjon Bardhi expressed his willingness to work with AmCham to address business concerns. He added that even though the customs administration faced some challenges after the earthquake, work is now continuing smoothly.

According to Mr. Bardhi, a large part of the services businesses have had to address with customs directly will now be provided electronically through the e-Albania portal.

Speaking about business-related concerns, the head of the AmCham Tax and Customs Committee, Ms. Alketa Uruci, cited several concerns that relate directly to customs procedures, starting from the application of reference prices to some imported goods, specifically for the tobacco and telecommunications industries, regardless of the country from where they are being imported — for example, EU countries or the United States.

Another concern raised by AmCham was the lack of access to taxpayers’ accounts in the customs database. Businesses complain that they have no account information and cannot reconcile what funds were used in the account.

AmCham members at the meeting also spoke to customs administration experts about issues related to reducing bureaucracy and costs relating to online trade.