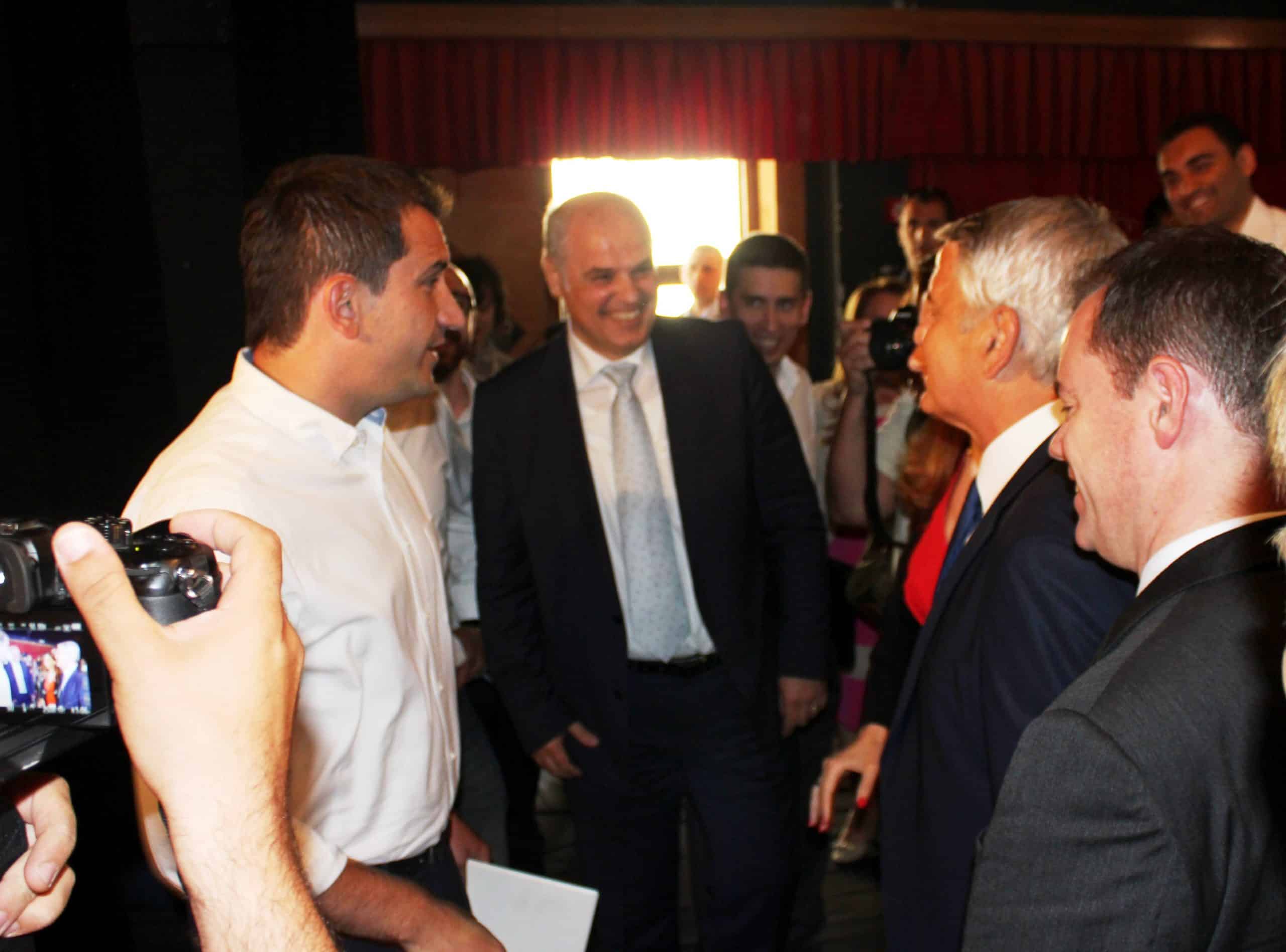 The American Chamber of Commerce in cooperation with Monitor Magazine and with the support of the U.S. Embassy in Tirana organized the Economic Forum “Challenges and Opportunities facing Tirana” with four candidates for Mayor of Tirana. The candidates brought forth their alternatives for the economic topics highlighted in the questions touching on economic development, taxation, business development, and employment. Between interviews, the candidates of the Democratic Party and the Socialist Party, Dr. Halim Kosova and Mr. Erion Veliaj, shook hands and exchanged greetings.

The meeting continued with the alternatives proposed by Mr. Sazan Guri of the European Ecological Alliance, and then all the participants heard from Mr. Arben Tafaj of the Democratic Movement for Values Welfare Progress. In closing, the Deputy Chief of Mission of the U.S. Embassy in Tirana, Mr. Henry Jardine, expressed his appreciation of the initiative to bring candidates in front of the public to talk about the same issues. The President of American Chamber thanked all the candidates who responded to the invitation and presented their thoughtful opinions and alternatives for Tirana. 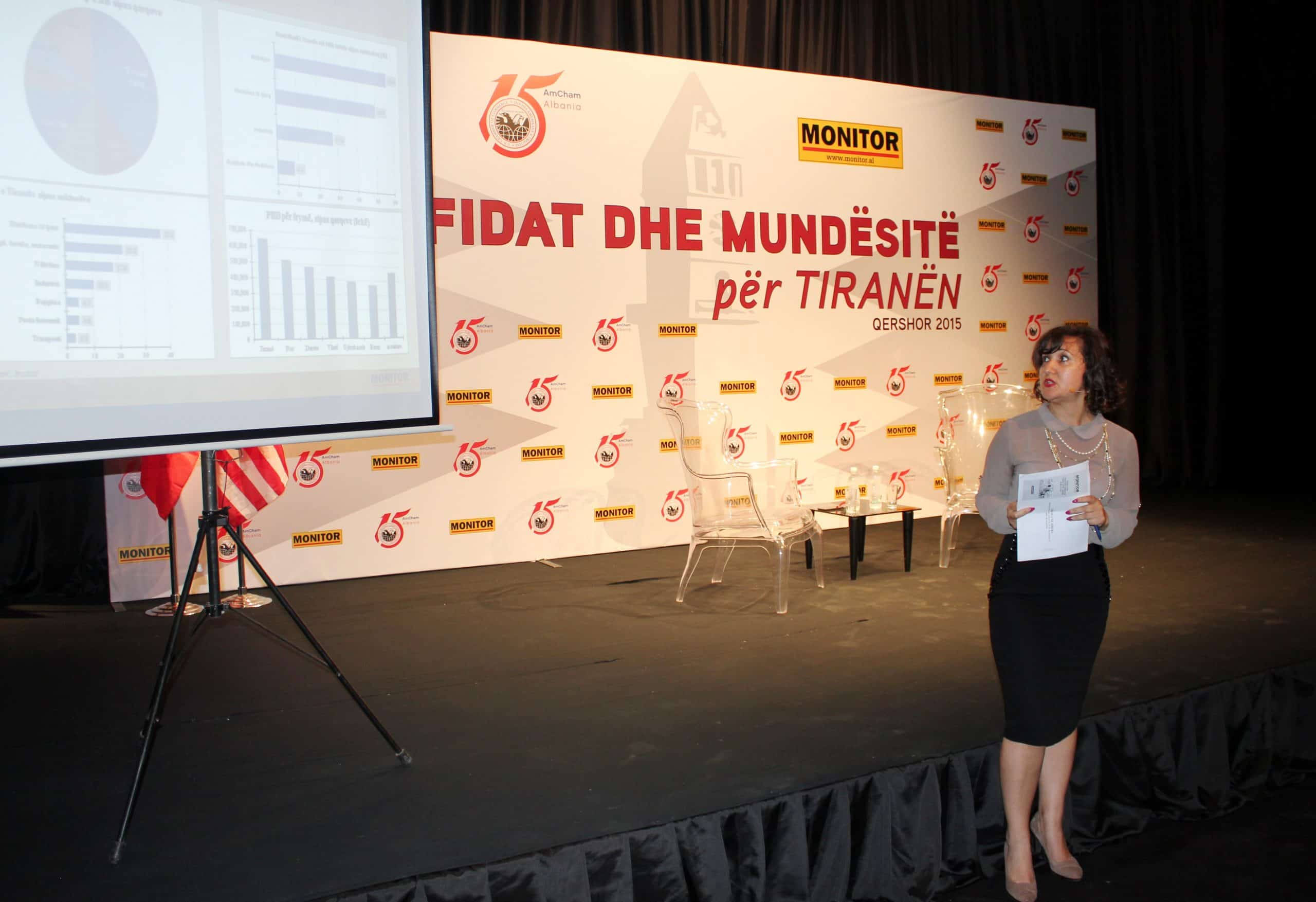 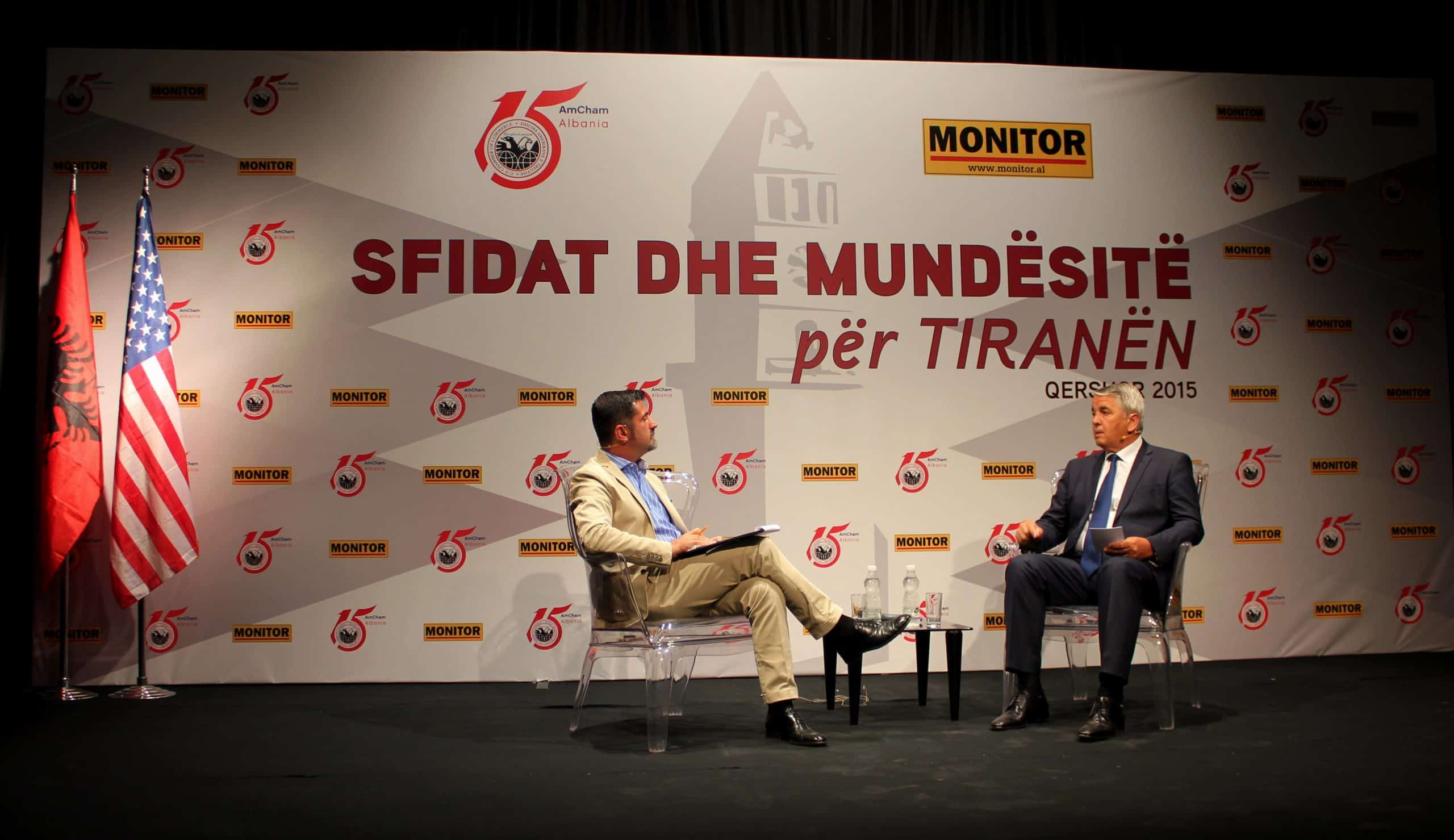 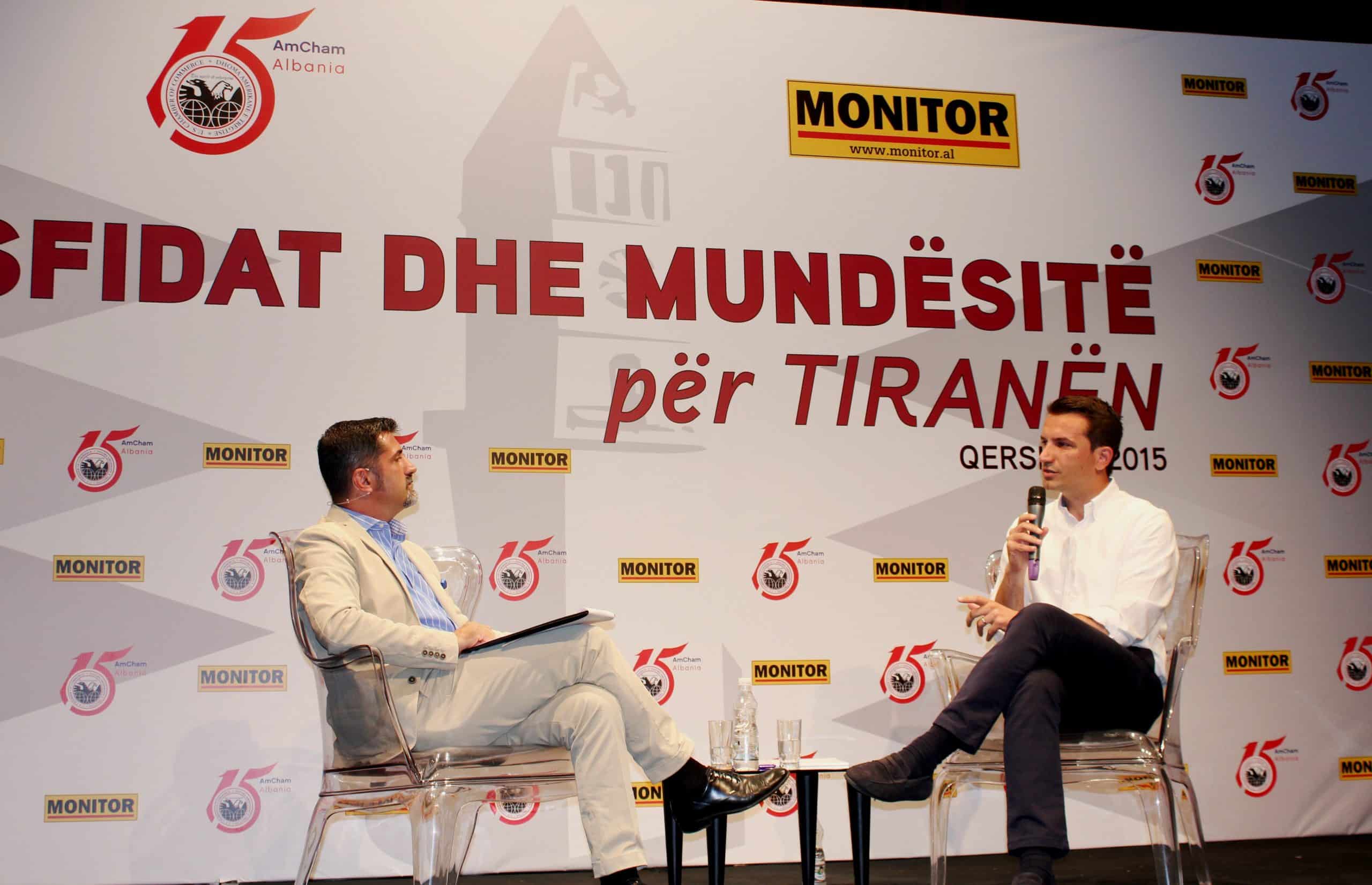 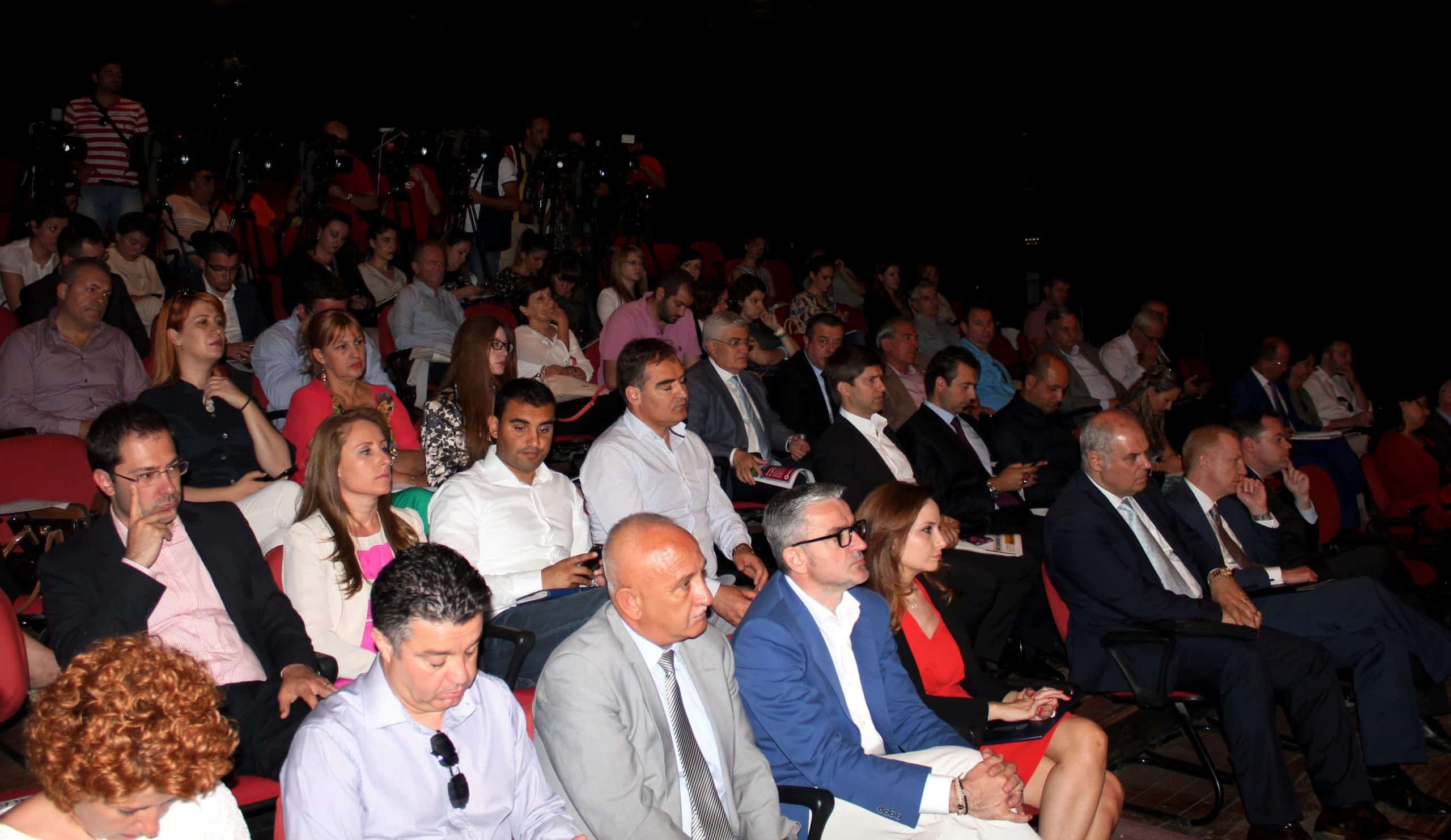 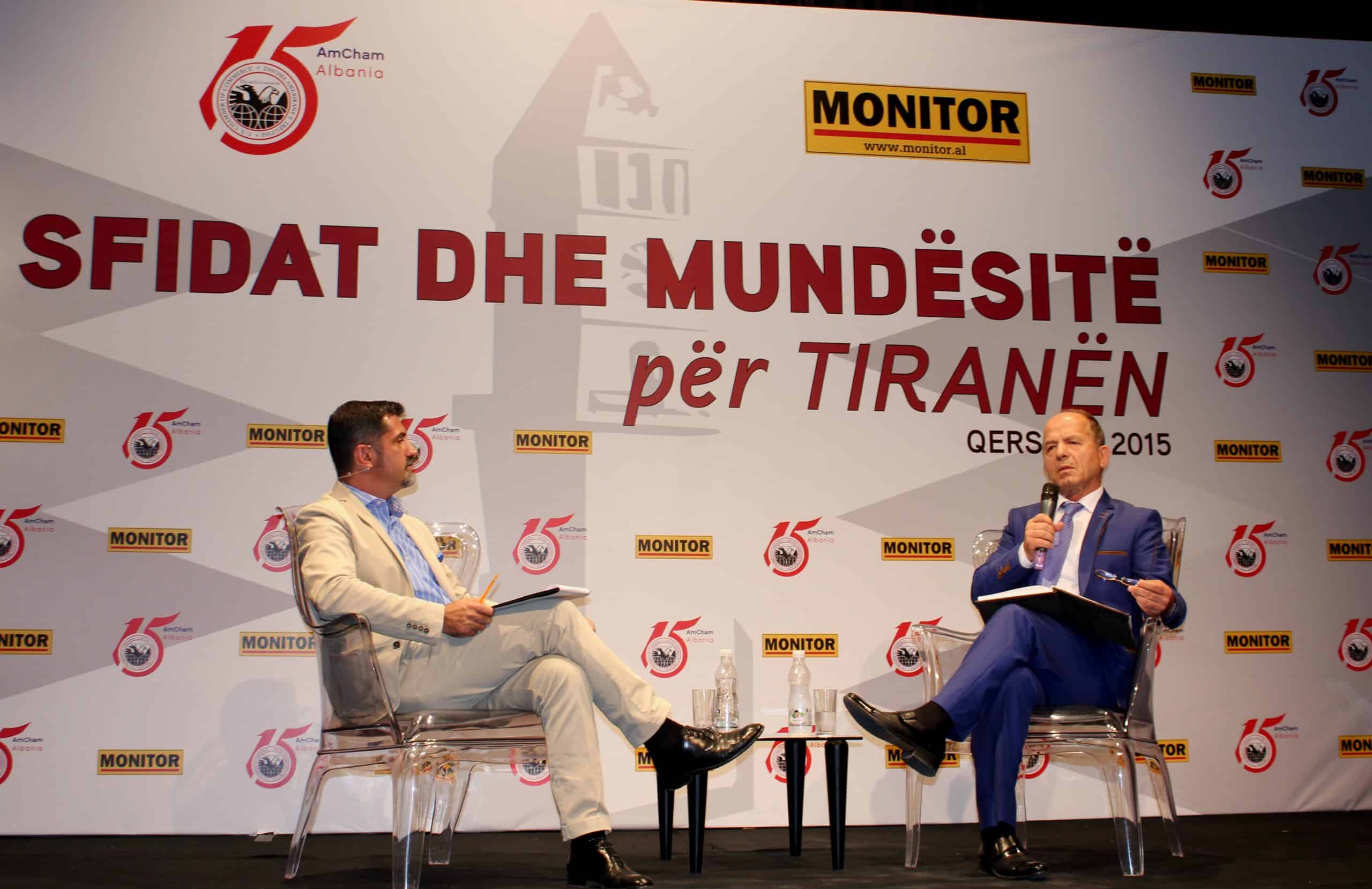 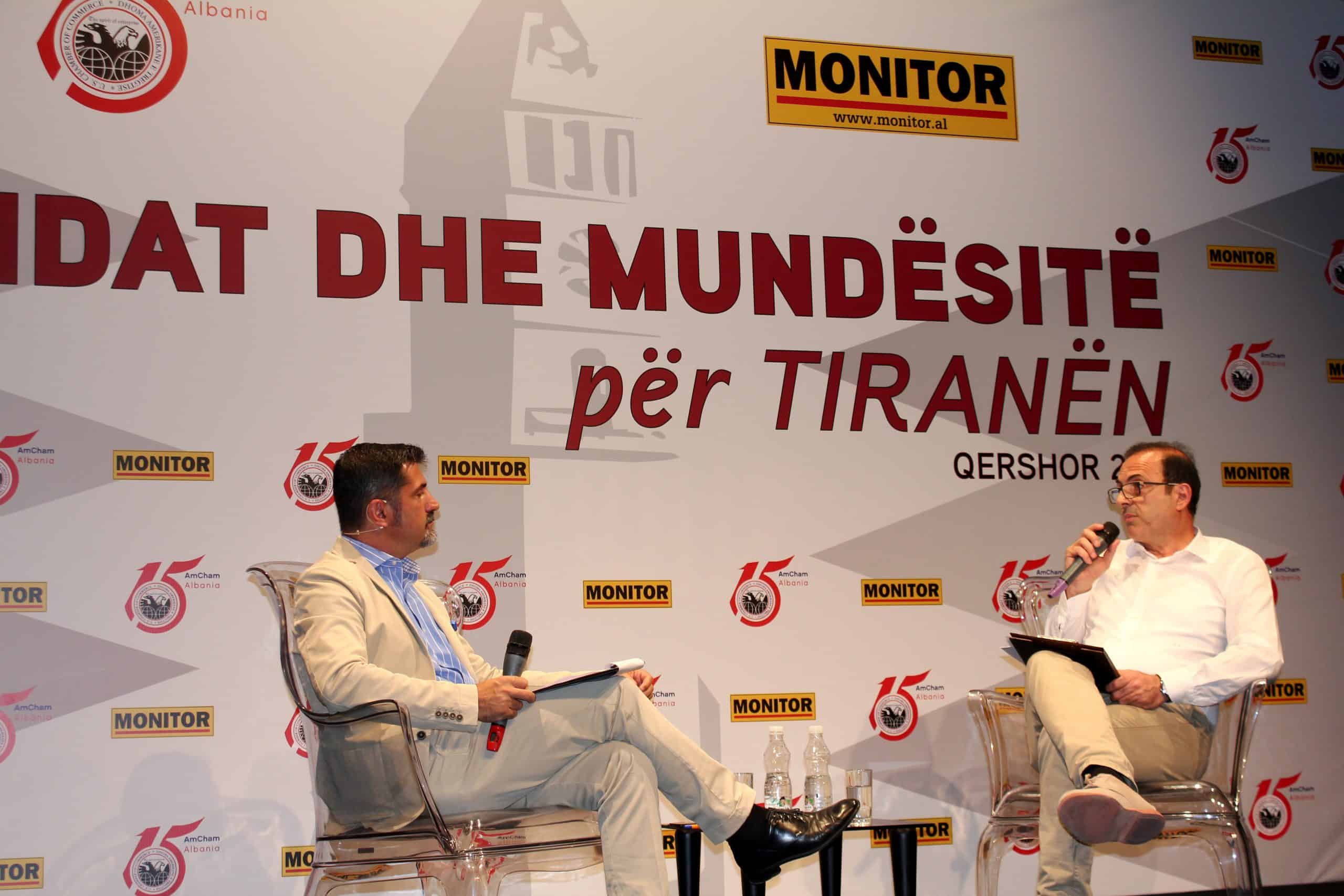 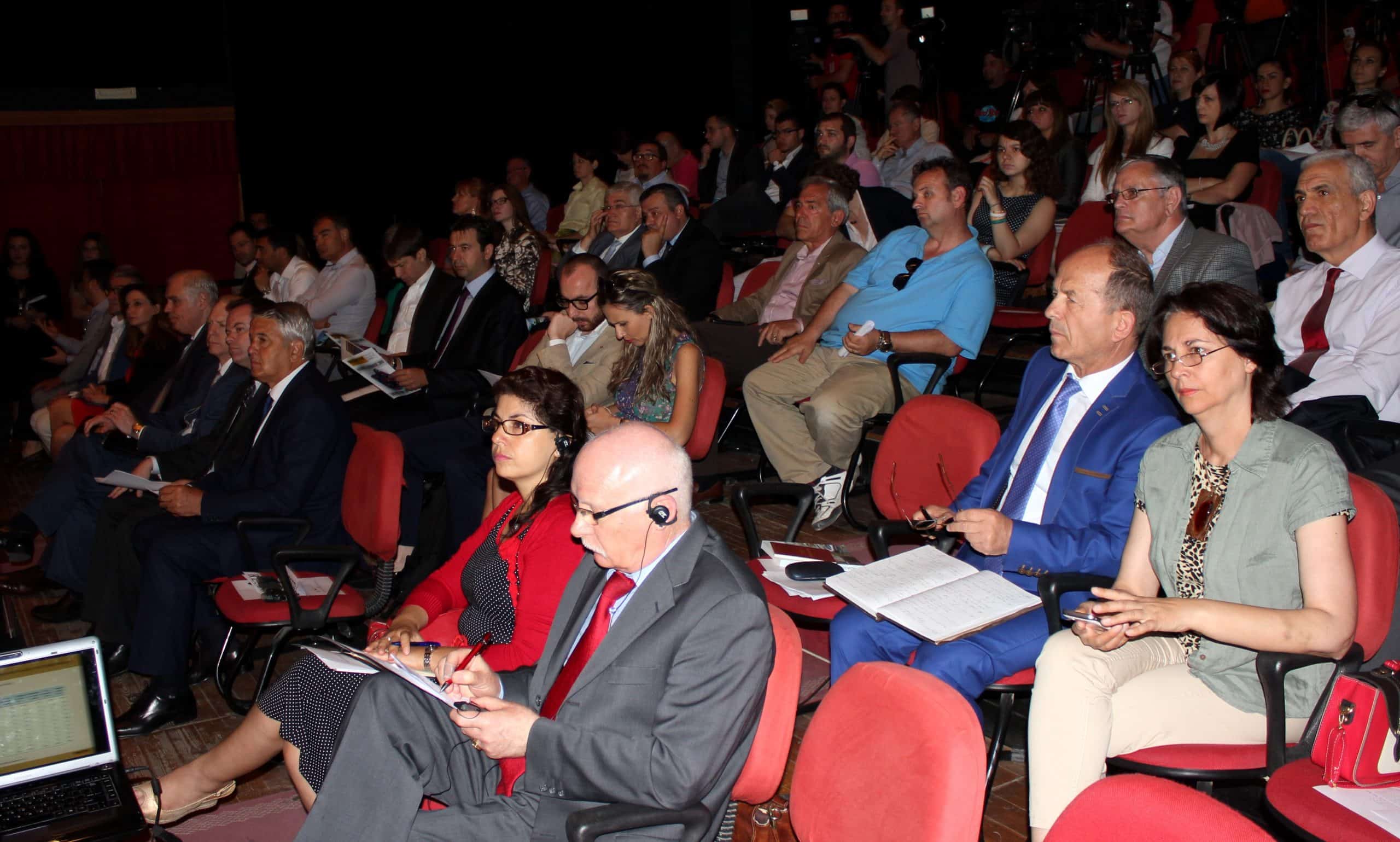 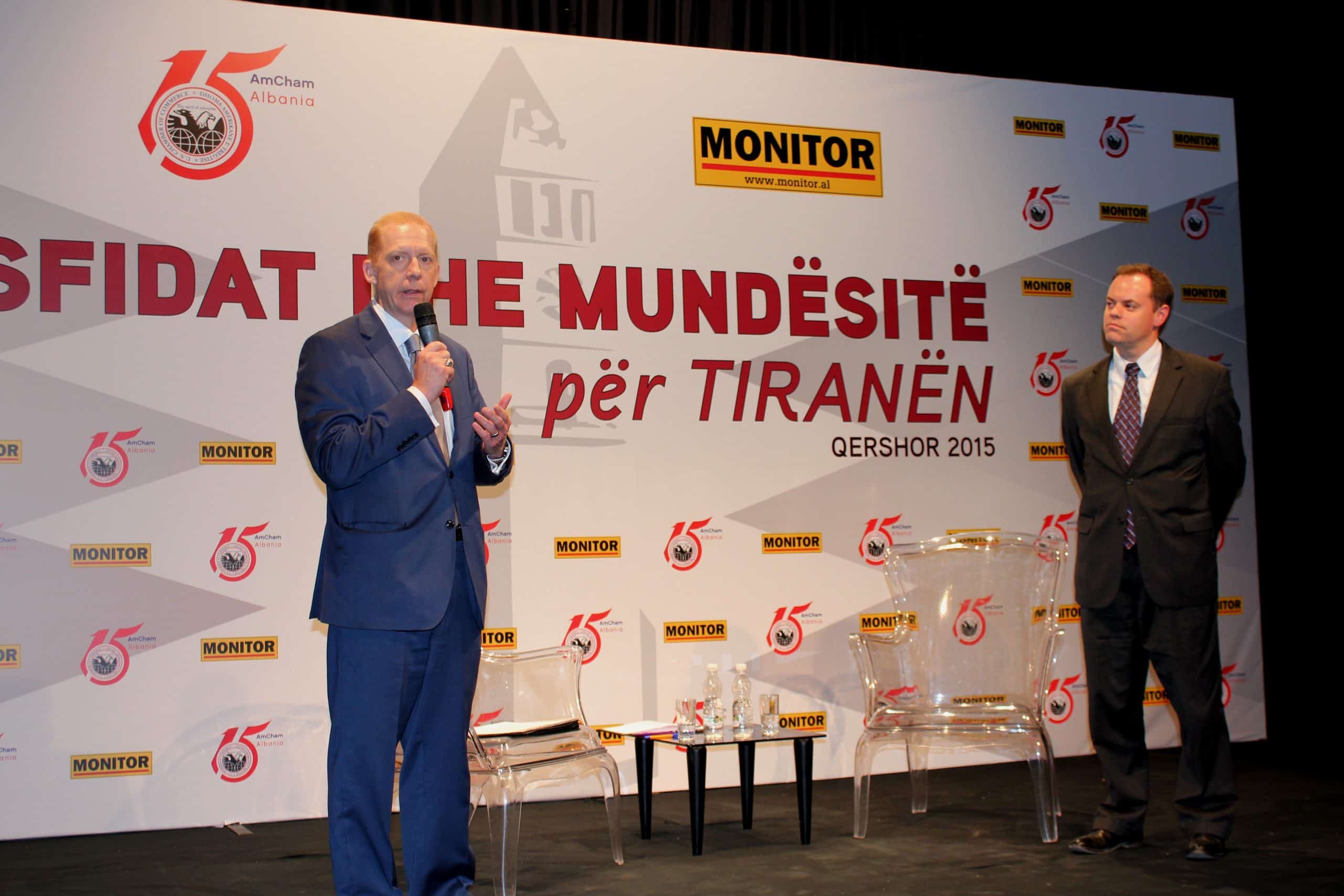 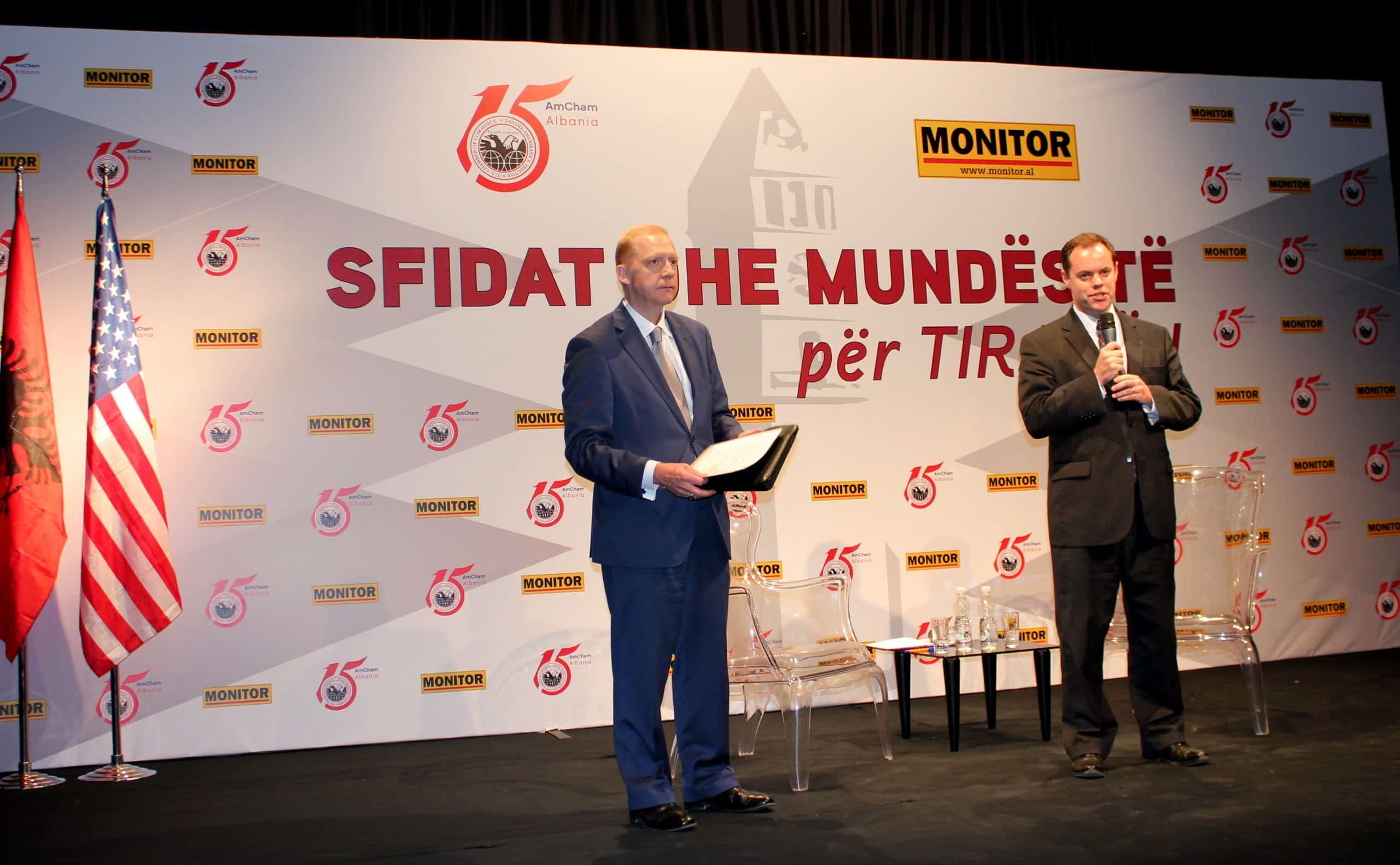